Our church was formed by believers who were concerned that most evangelical churches have departed from scriptural teachings to accommodate modern social trends. We are united in our belief in the Bible, the creeds of the church, and the teachings of the 16th century Protestant Reformation.

In early 2011, Pastor Nollie Malabuyo met Mr. Elmer Sarmiento, an accountant who lives in Imus and worked in Makati, via Facebook. He mentioned that he was interested in starting a Bible study group in his home because he and his wife were very dissatisfied with the lack of Biblical preaching and teaching in their church. On June 18, Elmer and Cynthia Esguerra Sarmiento, Olive Esguerra Acasio and her two young sons, and Sarah Esguerra met in the Acasios’ home in Imus, Cavite for our first Bible study.

On August 6, we moved the Bible study to a rented room on the 4th floor of a building close to the house of Gani and Leah Ong in nearby in Bacoor. We were joined by their two young sons and Gani’s parents, Rolando and Rosario Ong. These two families were also disgruntled with the prosperity gospel in their church.

On September 11, this small group was joined by several other visitors in our first Lord’s Day worship service. Many of these 20 worshippers were completely new to Reformed worship, and several became regular attendees. In March 2012, Pastor Jayson Santiago, who came from a Pentecostal-leaning denomination, started his ministry here.

On September 23, 2012, we celebrated our first anniversary in the 2nd-floor location in the same building. Though our first year was not lacking in financial and attendance struggles, we gave praise and thanksgiving to God who was faithful in upholding our new church. We have had many visitors, and a few stay. The enticing and glamorous entertainment of big megachurches around us is much more attractive to them. The popularity of the prosperity gospel and moralistic, therapeutic sermons are more “relevant” and “authentic” to them than the true gospel of Christ. 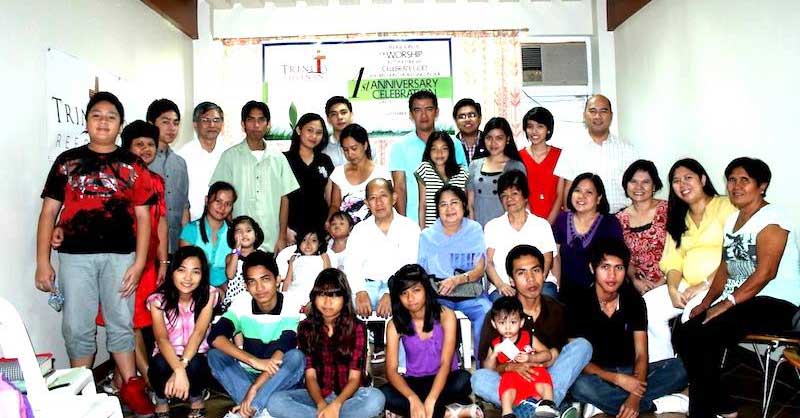 On May 5, 2013, the church celebrated its organization (particularization) with the installation of two elders, Ronald Fernando and Isagani Ong, and two deacons, Elmer Sarmiento and Orlando Libres. On September 8, 2013, we had our Second Anniversary Worship and Celebration with Rev. Lance Filio as our guest preacher. On September 14, 2014, we celebrated our Third Anniversary, again inviting Rev. Filio as guest preacher.

On May 19, 2013, we held our first worship service at our present location at Care Fitness Gym. We rejoice that this meeting place is more spacious, quiet, surrounded by greenery, close to the city’s marketplace, and much cheaper. In September 2014, the Consistory was pleased to call Rev. Lance Filio, former Associate Pastor of Baclaran Unida Evangelical Church, to be its Interim Pastor (part-time). And by the end of the year, December 2014, we organized our first joint Christmas service and dinner fellowship with our founding church in Pasig, Cainta.

Beginning of the year 2015, we again held another joint worship and camping at Nature Discovery Camp, Tagaytay. This strengthened the bond of fellowship between the two churches. And by February 1, 2015, we set another milestone when moved our worship area to the 2nd-floor building where until now we are holding our services. Our guest preacher then was Rev. Richard Bout. He preached about the important task and authority of the church of Jesus Christ. It has greatly encouraged the office-bearers of the church to continue with their task of being under-shepherds of Christ for this congregation.

With the pure preaching of the gospel, the proper administration of the sacrament and the practice of church discipline, the Lord has added to our numbers believers who were seeking to worship God as revealed in his Word. Inquirers of the reformed faith have professed their adherence to the creeds and confessions of the church and have become full-fledged members of the church. Families, as led by the godly headship of their fathers, have transferred their membership, including their children, to our churches as well. And at the anniversary service, October 2015, the office-bearers of the consistory, together with Rev. Napoleon Narag, our guest preacher from Pearl of the Orient Reformed Church in San Pablo, installed Rev. Lance Filio as a full-fledged minister of the Word and Sacrament.

Growing in the Grace and Knowledge of our Lord

By the end of the year, November 2015, Rev. Allen Vander Pol conducted a seminar for the church on the importance and practice of Biblical Worship. This again encouraged the whole congregation to answer the challenge of contemporary worship of the modern churches of our day and reminded that the worship of God should be regulated only by God’s Word in Scripture. The year ended, December 2015, with another joint Christmas service and dinner fellowship where our guest preacher was Rev. Paulo Vasquez of Unida Church, who later become the minister of the Pasig congregation. During this same event, Clark Añora was installed as deacon of the church.

In February 2016, Rev. John Bouwers from URC in Jordan, Canada, organized by our brothers in CanRC, conducted a whole day seminar about “The Golden Chain of our Salvation”. He explained in this event the great doctrine of grace as found in one of the great confessions, the Canons of Dort. The event was attended by mostly young Christian students who were eager to hear the message of the gospel of grace. In March 2016, prayer meeting every 2nd and 4th Saturday of the month was organized and until now continually bring spiritual encouragement and guidance to the church. At that same month, God answered our prayer when we finally had our SEC registration approved. Imus and Pasig congregation were finally organized as two separate consistories and formed one classis under the new name, Zion Cornerstone Reformed Churches. And by the summer of that same year, May 2016, the classis organized a joint retreat held at Rizal Re-creation Center, Laguna. The theme of the retreat was about the importance of being a confession church as our reformed witness to the world. And by the end of that year, December 2016, we held another joint Christmas service and dinner fellowship. We had our special guest preacher, our founding pastor, Rev. Nollie Malabuyo. He also led the installation of our new deacon, Jeremiah Paul Manuel. 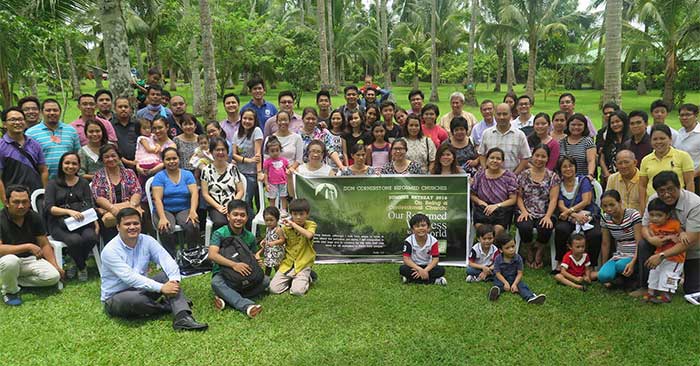 The year 2017 began with the installation of new elder, Andy Domodon. It was indeed a blessing for the church to have men who are answering the call for ministry for his church. And during the summer of this year, April 2017, we organized an outdoor Tenebrae Good Friday service at the residence of Hans and Rosie Tolsma up North of Manila, Ilocos Norte. The fellowship of the whole church with the family great encouraged everyone in the reformed faith.

Today, we average between 45-60 souls every Lord’s Day. The Lord has added to our number believers who come from as far away as Trece Martires, Dasmarinas, and Las Pinas.

As we look forward to the future, we praise God for his faithfulness in building up the church through “the apostles’ teaching and fellowship, the breaking of bread, and the prayers.” If the Lord wills, we plan to move to a more affordable place, have morning and evening services with catechism classes and fellowship in between, and invite the surrounding community to a new midweek Bible study. Our desire is to disciple the members of ZCRC (Imus) into mature Christians and proclaim the true gospel to “inquirers” who visit us. 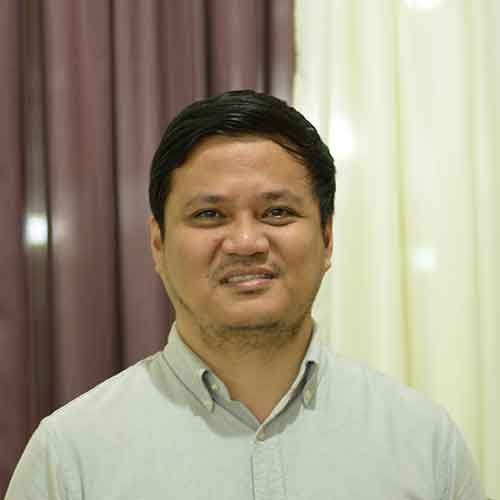 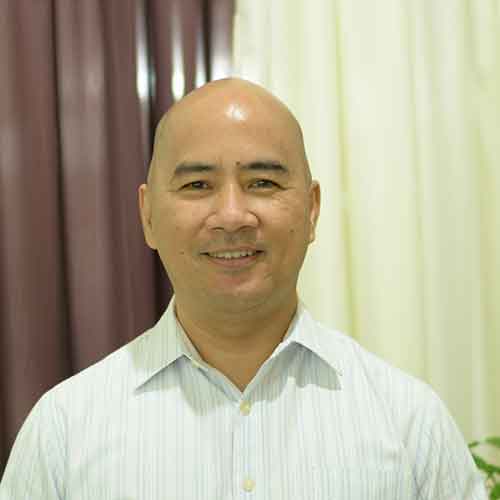 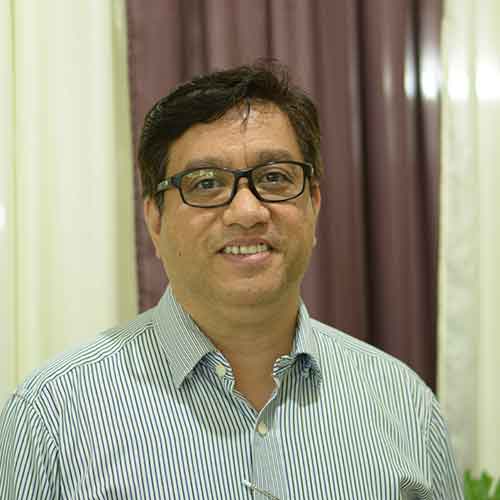 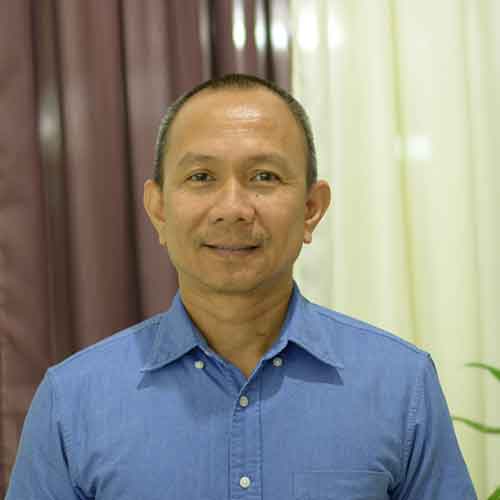 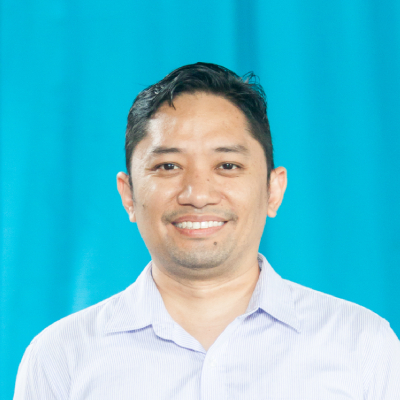 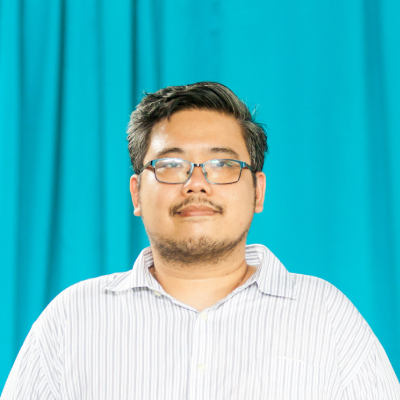 The Pastor and Church Officers

By His providence, God provided us men who were called to serve as leaders of His church. Based on the qualifications for church leaders set on God’s Word, these men were appointed as our office bearers. Unworthy as they are, God is using them to keep His church spiritually nourished, sanctified, disciplined, and growing in the faith.