Today we will be continuing our teaching series on the Gospel according to the book of Mark. It is a Sermon prepared by our dear Pastor Noli Malabuyo.

From the previous sermon on Mark series that Elder Gani had preached, we learned why Jesus condemned the scribes and the Pharisees for their unbiblical, self-righteous, boastful traditions.

In Chapters 3 and 6, we read that Jesus was rejected by his own brothers, his own hometown of Nazareth, his own region of Galilee, and by his own people, the Jews.

This afternoon, we will learn that Jesus doubled on his condemnation by healing and feeding Gentiles whom the Jews consider unclean, even calling them detestable, scavenger dogs.

So our theme this afternoon is, Three Pictures of Salvation, under three headings;

Before we begin, let’s pray…

Heavenly Father, may your Name be hallowed as we hear and learn from your Word, allow us to humbly receive your truth and cause in our hearts to respond in faith, repentance and trust in You, through our Lord and Savior Jesus Christ. This we pray. Amen.

Our 1st heading, Bold, Persistent Faith (we can see this narrative in Mark 7:24-30, a woman described as Syro-Phoenician)

Mark 7:24 [24] And from there he arose and went away to the region of Tyre and Sidon. And he entered a house and did not want anyone to know, yet he could not be hidden.

Jesus first went teaching and healing in his home region of Galilee. Then From Galilee, he withdrew to the Gentile regions of Tyre and Sidon (in modern-day Lebanon). These two cities belong to a region called Phoenicia, known for its long history of paganism. During the time of Joshua, Sidon was the chief city in the region. Jezebel, the wicked queen of King Ahab, she was the daughter of the King of Sidon (1 Kgs 16:31-32). Tyre was also a rich, powerful city, and was friendly to King David and King Solomon. King Hiram sent cedar and cypress timber and men to both David and Solomon for the building of the palace and the temple (2 Sam 5:11; 1 Kgs 5:1). But the relationship deteriorated after Solomon, so that Tyre rejoiced at the destruction of Israel by the Babylonians. Therefore, God vowed that Tyre would be utterly destroyed by many nations (Ezk 26).

By the time of Jesus, Tyre would be inhabited mostly by Gentiles, mostly Phoenicians and Romans. At sa region na iyon… He went inside a house, but he couldn’t hide from the people there, for his fame has spread even to Gentile regions.

Mark 7:25-26 [25] But immediately a woman whose little daughter had an unclean spirit heard of him and came and fell down at his feet. [26] Now the woman was a Gentile, a Syrophoenician by birth. And she begged him to cast the demon out of her daughter.

A woman described as Syro-Phoenician (a native or inhabitant of Phoenicia when it was part of the Roman province of Syria.) then entered the house and begged Jesus to cast a demon out of her daughter.

The conversation between her and Jesus is interesting. Jesus answered the women in v.27, “Let the children be fed first, for it is not right to take the children’s bread and throw it to the dogs.”

His response might be shocking to us because it seems racist. He calls the woman a “dog.” Jews called Gentiles “dogs,” which, according to their tradition, are unclean animals. But Jesus did not use the Greek word for unclean, scavenging dogs. Rather, he used the Greek word for little, pet dogs.

Dahil… His mission was to preach to his own people first. It was only after his resurrection that he commanded his apostles to go into all the world (Matt 28:19).

So In this narrative, Jesus seems to be unloving and without compassion. It may be that Jesus was testing her faith and persistence.

So Going back to the text… After being called a pet dog by Jesus, the woman had a comeback, “Yes, Lord; yet even the dogs under the table eat the children’s crumbs” (v 28). She acknowledged that, being a wretched sinner, she didn’t deserve anything from the divine Son of David. Even a Merciful crumbs thrown at her from the Bread of Life would be sufficient to give eternal life to her and to her daughter.

So, after the woman kept on begging Jesus, she got a favorable response, “For this statement you may go your way; the demon has left your daughter” (Verse 29). Matthew’s account says that Jesus commended her persistent faith, “O woman, great is your faith! Be it done for you as you desire” (Matt 15:28).

Jesus Factor: in our BS group, before we go for the application of the passage, we look for the Jesus Factor in the passage that we are studying.

Application: how do we apply it in our life? Ask ourselves, how does Jesus humility, His humiliation, as a price of the grace that you and I have received, may humble you, may motivate you, and encourage you to live your life for Jesus and to be bold, persistent in your prayer and trust in the Lord.

Our 2nd heading, Unstopped Ears and Released Tongues (this narrative is in Mark 7:31-37)

After the Syrophoenician encounter,

From the region of Tyre and Sidon, Jesus traveled back to his home region of Galilee in the Decapolis. (Approximately 100 KM, 60K when they travel from Galilee (they were in Gennesaret 6:53) to Tyre & 40K to Sidon) Manila to Clark 96K. How far Jesus traveled just to show his grace & mercy to the Gentiles.

There, some people brought to Jesus a man who was deaf and had a speech impediment or mute, begging him to “lay his hand on him” to heal him.

A few things of note in this healing. First, he took the man privately before he healed him so it would not be a mere spectacle. Everyone, including us before, wants to see spectacular things, especially signs and wonders. This is why many people are deceived by those on TV who seem to perform healings and make prophecies. But in these TV shows, there is no mention of sin, repentance and faith alone in Christ alone.

Twice before this healing, after Jesus finished teaching, he said, “He who has ears to hear, let him hear” (4:9, 23). Obviously, the people who were not deaf heard his teachings, but the deaf-mute has ears that cannot hear. How then did he hear Jesus’ command,“Ephphatha,” “Be opened”? The answer is… that God gave him his hearing back before Jesus spoke his word of healing.

Like… When Jesus taught in parables, his twofold purpose was to reveal and hide the secrets of the kingdom of God:

Ordinarily, a person is saved when he hears the word of Christ and then repents and believes, “So faith comes from hearing, and hearing through the word of Christ” (Rom 10:17). In Romans 10:9, we read, “if you confess with your mouth that Jesus is Lord and believe in your heart that God raised him from the dead, you will be saved” (see also Matt 10:32). Salvation is through the mouth that professes faith and the heart that believes.

After the crowd saw this mighty work of Jesus, they were “astonished beyond measure,” (v37) amazed beyond words. Saying “He has done all things well. He even makes the deaf hear and the mute speak.”

Kaya nga… even when Jesus told them not to tell others, they did anyway. It is hard to keep such amazing work to ourselves.

And for our last and 3rd heading, Opened Blind Eyes

Skipping to Mark 8:22-26, we see here a third picture of salvation in Jesus healing a blind man from Bethsaida. This healing is unusual, if not unique.

Mark 8:22-26 [22] And they came to Bethsaida. And some people brought to him a blind man and begged him to touch him. [23] And he took the blind man by the hand and led him out of the village, and when he had spit on his eyes and laid his hands on him, he asked him, “Do you see anything?” [24] And he looked up and said, “I see people, but they look like trees, walking.” [25] Then Jesus laid his hands on his eyes again; and he opened his eyes, his sight was restored, and he saw everything clearly. [26] And he sent him to his home, saying, “Do not even enter the village.”

One final note about this healing. Why did Jesus heal the blind man outside of the city of Bethsaida? Is it for the same reason in the healing of the deaf-mute man—that he did not want a spectacle? Kung kaya Jesus charges them not to tell anyone… the answer No, this time, it is because Jesus had cursed the people of Bethsaida in Matthew 11:21, “Woe to you, Bethsaida! For if the mighty works done in you had been done in Tyre and Sidon, they would have repented long ago in sackcloth and ashes.” Jesus performed many miracles there. And Peter, Philip and Andrew were from Bethsaida (John 1:44). Yet most of their people rejected him in unbelief. This curse is so terrible that the punishment against the pagan peoples of Tyre, Sidon, Sodom and Gomorrah would be more tolerable than that of Bethsaida and other cities where Jesus preached and healed. We can’t even imagine the horrible judgment against Sodom and Gomorrah, but the punishment against Bethsaida would be worse! BECAUSE OF UNBELIEF. Judgement is upon them.

Dear brothers and sisters in Christ at ZCRC Imus: We heard words of encouragement from three pictures of salvation in our lesson today.

So… How do we respond, how can we apply the passage that we’ve just heard and learned? We ask ourselves 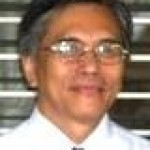